“We live in a society…that routinely lets people down...”

(A society full of spoilers BTW, so reader beware!)

Arthur Fleck lived in a society too. A society that failed him. In fact, everyone in his life failed him. His mother and the state failed to protect him from abuse, and his (our?) healthcare system failed to protect him (and ultimately the citizens of Gotham City) from his mental illness. City officials killed the program that supplied him with the drugs he used to treat his mental illness. Almost everyone in Arthur’s life failed him in one way or another, and he was forced to pay for it. Ultimately, Gotham City was forced to pay for it too.

“Head, neck, heart, lungs, brain, veins, muscles, and glands are separate names but not separate events, and these events grow into being simultaneously and interdependently. In precisely the same way, the individual is separate from his universal environment only in name. When this is not recognized, you have been fooled by your name. Confusing names with nature, you come to believe that having a separate name makes you a separate being.” - Alan Watts

“We live in an ecosystem...that molds and shapes us all...”

Is the Joker a PERSON? Is it the case that Arthur Fleck IS the Joker, at his core? No, not this version of the Joker. No, we watch Arthur slowly BECOME the Joker in front of our eyes. Arthur might not have become the Joker if he still had access to the medication he needed to treat his mental illness. A condition he developed after suffering a traumatic brain injury as a child, a victim of his mother’s violent boyfriend. Arthur might not have become the Joker if he had never been given a gun by a co-worker. A gun that he wasn’t capable of handling responsibly. A gun that ultimately led to him losing his job. He didn’t seem mentally capable of navigating the social labyrinth of communication and interaction needed to pass a background check to get a gun on his own. The gun was an essential part of his transformation that he could not have obtained on his own.

Is the Joker a PROCESS? Possibly. It could be argued that, although Arthur made the ultimate decision to “become” the Joker, he probably wouldn’t, or couldn’t have done so without all the “slings and arrows of misfortune” that fate sent his way. He didn’t have the mental capacity to do the heavy lifting to get there. He needed help to get there.

“We live in a society...that revels in violence and conflict...”

While watching the movie in a crowded theater, I felt like I was there WITH Arthur when he was being abused, or humiliated, or feeling betrayed. At the same time, other people were laughing their heads off AT Arthur. They laughed when he smothered his mother to death. They laughed when he stabbed a pair of scissors into a man’s neck and began beating his bloody, limp head against the wall. They laughed. They were amused. They were enjoying the moment. Yuk, Yuk, Yuk.

As I sit here at a hotel pool in Orlando, I’m drawn to the sounds of the children playing at the pool. They’re beating each other relentlessly with pool noodles. Just 4 random children standing in a group simultaneously wailing on each other with pool noodles. A hurricane of flailing, yelling aggression. That’s what we do when we play. It’s a favorite leisure activity. One of the boys enthusiastically says:

We enjoy hurting each other, or at the very least the practice of hurting each other. It’s 82 degrees and sunny, we’re blocks away from the largest and grandest amusement park in the world. These children and I are arguably in the midst of many people’s definition of paradise. Despite this, we still feel the urge to hurt each other. Claw at the other. Crabs in the bucket, always practicing our scramble to the top of some imagined pyramid. Is it a natural predisposition, or have we made ourselves this way. Is violence something inside us, or is it something we choose to do? Were we born this way, or has our society shaped us this way?

“We live in a society...with no clear answers...

In the movie, there’s a long, tall, stairwell that Arthur had to traverse every day. When he felt defeated, it was a long, hard hike up those mountainous stairs to get back home. When he was feeling triumphant, it was a long, exhilarating dive into the world of new found power and possibility as he went down them effortlessly. At some point early in the film, I realized that because of the angle from which the stairs and railing were filmed, it was possible to view the stairs as either leading up, or leading down, mirroring Arthur’s confusion in trying to find his way through life.

Which way is up? How do I get to the “top”? Can you ascend by doing good things, or does that only hold you down at the bottom? Are deeds of self interest and questionable morality the REAL way to rise to the top, or are they the behaviors that lead to our collective descent into misery, violence, war, and climate crisis?

This week, a prominent professional video game player was banned from his game of choice and had all of his annual winnings confiscated. The company in question, Activision-Blizzard (makers of World of Warcraft, Call of Duty, and Overwatch, amongst other titles), stated that it was inappropriate to speak publicly about anything that might make them "look bad" in the eyes of the public. Activision felt that speaking out against the heavy hand of the Chinese government, a government that routinely denies its citizens their human rights, might make them appear in an unpleasant light. Apparently being seen walking down the street, hand-in-hand, with the oppressive Chinese government is their ideal public image.

Also this week, comedian and talk show host Ellen Degenerous was criticized for “hanging out” with former president George HW Bush. As president, he fought to ensure that people in the LGBTQ community were ostracized and penalized for who they WERE. Not a lifestyle choice, but who they WERE. “YOU are WRONG. INCORRECT. BROKEN. We reject YOU”. Degenerous argued that we shouldn’t expect others to ever accept us if they never have a chance to get to know the people they dehumanize. Her critics argued that you can’t change someone who’s arguably an admitted war criminal (torture is bad) and therefore you only get dragged down by associating with people like that.

What’s the correct move? What’s the most just honorable thing to do here? How do you deal with people who prey upon and abuse others? Do you embrace them with kindness and charity? Turn the other cheek and try to embrace them with love and compassion? Or do you stab them in the throat with a pair of scissors and beat their bloody, lifeless head against the wall? Removing the infection before it spreads elsewhere?

After watching the Joker, It took me a few days to realize that society didn’t CREATE the Joker. Society IS the Joker. Collectively, WE are the Joker. The Joker isn’t a character as much as he’s  a mirror. That’s why so many people can have so many different reactions to his behavior. It’s why the Joker is such a compelling character.

From a technical standpoint, this movie was pretty well done. The cinematography and costumes were great, the actors did a good job all around. Of particular note was the choice to make Gotham City look like 1970’s New York. It was the perfect, gritty choice for the story. Joaquin Phoenix delivered a compelling interpretation of the Joker’s madness and I won’t be surprised to see an announcement of sort of sequel in the near future.

The Joker is a dirty, greasy mirror held up to the face of our society. It shows us who WE, collectively, really are. When we see that image, some us recoil in horror or disgust, some of us want to cry at the tragedy of it all, and some of us just can’t help but laugh at what we’ve become.

If you’re interested in seeing what an action movie looks like with the latest gimmick technology, check this out ... Otherwise you won’t be missing out on anything... 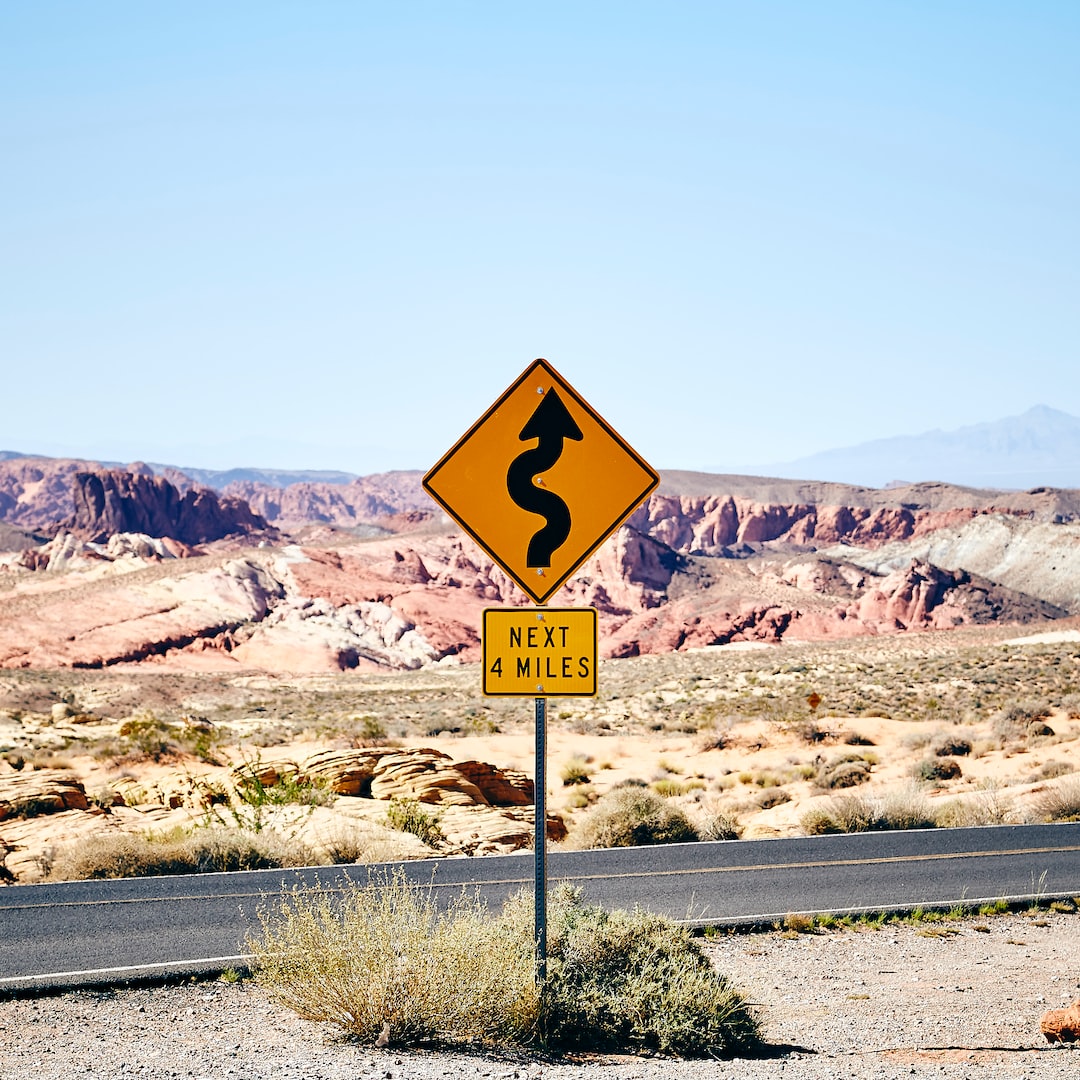 As we get older, the rate of change in the world can sometimes be frightening, but it doesn't have to be. It's inevitable and, honestly, one of the things that makes humanity the amazing life-experiment that it truly is!