Gemini Man isn’t a movie, it’s an experience. I know that probably comes across as the type of hollow bullshit that marketing people like to throw around, but hear me out.

In my opinion, there’s much more to a movie than just what’s on the screen. How it’s put there also matters. There’s context in play that many people might not be aware of. The type of film used, the types of cameras used, frame-rate, color correction: all these things work together to give people the typical “movie experience” we've grown accustomed to. Gemini Man doesn’t look like a traditional movie and therefore doesn’t FEEL like a movie in many ways. It feels like a whole new thing.

Traditional movies are shown at 24 frames per second. That means that the image you see on the screen can change no more than 24 times every second. This sounds pretty fast, and it is, but the impact of frame-rate on cinema is very easily noticeable by most people. In action movies, there’s a certain amount of blurriness that occurs naturally with fast moving action scenes. Filmmakers have known this for ages and long ago started taking that into account when shooting scenes. For example, they might know that the hero in the film is about to kick a bad guy in the face so they’ll use the inherent blurriness of the kick to emphasize how fast or strong the hero is. It’s a very subtle trick that has a profound effect on the visceral and emotional impact of the scene.

Another difference is the resolution. If you say the High Resolution/ High Frame-rate version of "The Hobbit" a few years ago, you probably know what I'm talking about. Being able to see more detail means that it's often easier to see the small details of the costume or set that let you know that you're watching actors on a screen, not watching characters in a story interact through some sort of narrative magic window into another reality or time. That happens in this movie. Seeing skin imperfections on the actors has a way of pulling you out of the fantasy and back into reality. (BTW, I'm happy to report that Will Smith seems to keep his fingernails fairly clean. Well done bud!)

Gemini Man was filmed with all kinds of new, fancy, hi-tech buzzwords in mind; High Frame-rate (HFR), 3D, 4K. It even offers support for those fancy rumble seats and the theaters that support scent and water sprayers. Because of all this extra...stuff, watching Gemini Man seems more like an extended attraction at an amusement park than a traditional movie. Many of the shots in the film appear to have been chosen because of how friendly or impressive they might be to audiences wearing 3D glasses. The same can be said for the fight scenes. Whenever someone crashes through a bookcase or a window, the camera is always right there in the best position possible to maximize the 3D effect.

That’s not to say that this is a bad thing. It was pretty entertaining. I kept finding myself getting distracted from the story and focusing on the spectacle. I'd catch myself looking at the flying glass or the 3D parallax effect of the people on the train. The most notable example of this would have to be near the end when the heroes are being shot at by a guy with a huge machine gun. Every single tracer round is crisp and vivid, especially when viewed in slow motion. The amount of bullets and glass flying towards the audience in slow motion is really compelling, but it didn’t feel like a movie.

As for the story itself: Meh. It’s OK, but nothing special. If you’ve seen the trailer, you know what to expect and it all plays out in a very matter of fact, by the numbers manner. If you like these sort of movies, I think you’ll enjoy this one too. It’s put together competently enough to keep most people entertained.

In many ways, I foresee THIS "movie experience" being the best chance Cinema has at peeling away all the eyeballs glued to the millions of much smaller screens playing Fortnite or Call of Duty. The level of technical spectacle in this movie demonstrates where we're probably headed. Many of the larger action scenes are right up there with the set-piece action moments in modern video games. If you’re interested in seeing what an action movie looks like with the latest gimmick technology, check this out in High Frame-rate, 2K resolution, and 3D. It’s a compelling experience as far as action movies go. Otherwise you won’t be missing out on anything if you catch this movie on your favorite streaming service in the next few months. 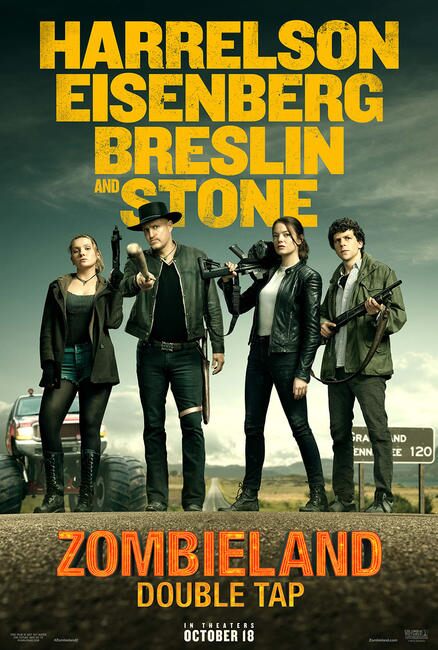 Everything about this movie is right there on the surface. You’ll know if you’re going to like it within the first 60 seconds of watching the goofy intro sequence. I was mostly entertained, but not really impressed in any way. 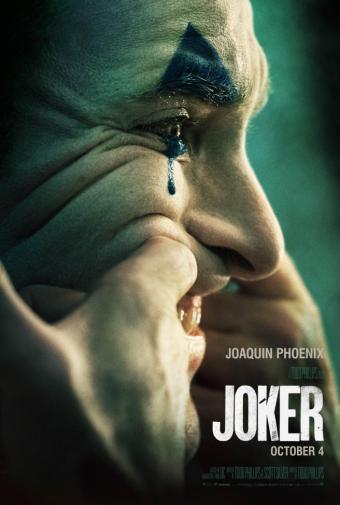 The Joker is a dirty, greasy mirror held up to the face of our society. It shows us who WE, collectively, really are. When we see that image, some us recoil in horror or disgust, some of us want to cry at the tragedy of it all, and some of us just can’t help but laugh at what we’ve become.